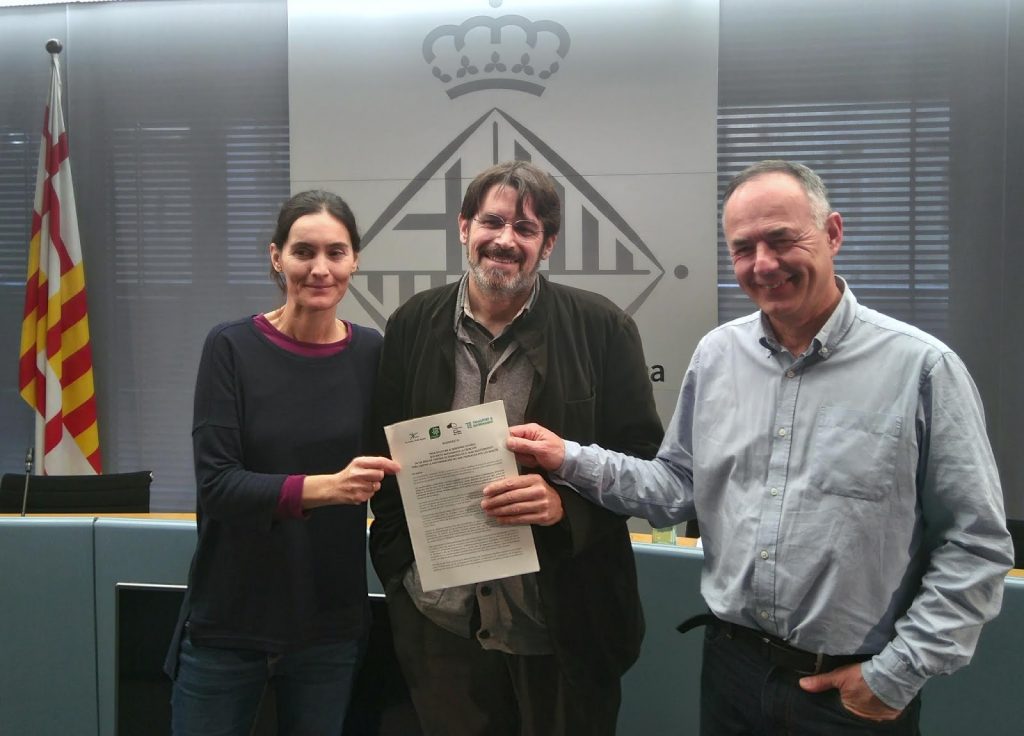 anza Mar Blava, Transport & Environment, Ecologistas en Acción of Catalonia and Plataforma por la Calidad del Aire have congratulated the Barcelona City Council and the Catalan Goverment for subscribing to the initiative in favour of the creation of an Emission Control Area (ECA) in the Mediterranean Sea (Med-ECA) to limit air pollution produced by ships. The establishment of a regulatory framework for ECAs in the North Sea, the Baltic Sea and the English Channel has led to immediate improvements in air quality of up to 50% since 2015 and associated socio-economic benefits valued in billions of euros.
For coastal areas and port cities, maritime traffic is a particularly important source of air pollution, which constitutes a serious threat to public health and the environment. The ships use fuels with a high sulfur content that emit pollutants that are severely dangerous to human health due to less strict regulations than those that govern land emission sources. Among these pollutants are nitrogen oxides (NOx), sulfur oxides (SOx) and particulate matter (PM).
In fact, the European Commission estimates that every year 50,000 Europeans die prematurely from air pollution caused by ships, especially from nitrogen oxides, sulfur oxides, tropospheric ozone and particulate matter.For this reason, these organizations have launched a campaign to achieve the greatest number of possible supports for this initiative, in which the

Spanish Government is urged to:

The continued success of the Emission Control Areas that already exist in Northern Europe, in the seas of North America and other areas, demonstrates that the creation of an ECA in the Mediterranean Sea would also generate significant benefits in terms of improved air quality, not only in the maritime routes and coastal areas but also in the port and cities situated on the peninsula. Other consequences will be immediate improvements in public health, limited damage to ecosystems and cultural heritage, and allowing member states to reduce air pollution at the local level and the consequent impact on global warming.